In the case of continuous trapped in the traditional home appliance market, the concept of smart home once has become “life-saving straw” of major appliances. However, for the entire smart home industry at this stage, it is impossible to interconnect, it can be said to be the largest “pain point” in the eyes.

Although there are currently a wide variety of smart home appliances on the market, most of them belong to intelligent items, and the experience is poor. And we have always doubted that these products are really much better than traditional home appliances in the actual experience? As far as the information we have learned is that consumers are generally low for intelligent home products, and they are not willing to pay for the product premium generated by “intelligent”. 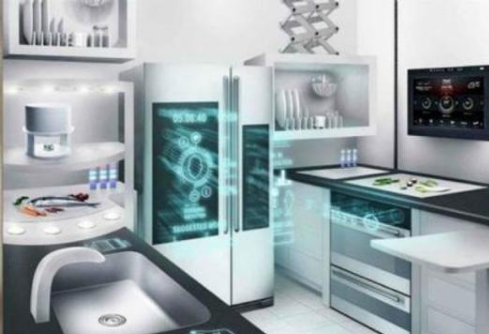 First, in the adaptation of the home appliance phase, we found that the app created by the manufacturer does not support other brands of home appliance adaptation, and this is extremely incompatible with certain manufacturers. At present, in the solution, unless you buy a smart speaker separately, it is possible to better connect different brands of home appliances. But the ridiculous thing is that a brand”s app actually does not support its own brand”s electric water heater, but also has an APP of an e-commerce platform to match, which is really puzzling.

In addition, in the process of home appliance recognition, some home appliances are not sensitive to Wi-Fi signals, resulting in multiple identification failures or not at all. The mobile phone does not affect the Wi-Fi signal at the same distance. This shows that the network module of this brand appliance is much behind, but also a lot behind the phone.

Again, for the app launched by a home appliance manufacturer, we have found that the app is constantly in use after long-term testing. For example, the account that has already been logged in suddenly disappears, and the user needs to log in, and after logging in again, the previously bound home appliance is also disappeared, and it is necessary to re-spend the time to bind. Moreover, the operating speed of the APP is very slow and often takes a long time after taking the option.

From the actual experience process, we have discovered many questions, and also issued questions about the definition of “smart home appliance”. If the smart home is just through the network or just a mobile phone manipulation, it can be called smart, then it is a bit bent. And even some of these basic functions have not been able to do well, why talk about the word “intelligent”?

A well-known home appliance industry expert has also said that “many home appliances are caught in ”pseudo-smart” misunderstanding,” is not from the user”s perspective, only considering the addition of intelligent elements, but not thinking about whether the product is really satisfied. The needs of users. The major brands should reflect on this point, listen to the sound of consumers, and provide products that truly solve the pain of consumers, in order to do sales of reputation double harvests, rather than ”anxiously suspended medical, a taste pursue so-called intelligence “

In addition, the smart home control system is connected to each other with each other by multiple sensors, and these connections are far less than enough. Each manufacturer focuses on connecting its own products, lacking a public industry standard, different brand products cannot interconnect, and this relatively closed environment is not conducive to the development of smart home industry. The emergence of 5G networks does not contribute to these manufacturers to give up their own interests, so now, everyone will still fight.

Simply, can I establish an industry standard, light relying on 5G network is far less, and the root is required to stand all the home appliance manufacturers and LOT manufacturers. They are willing to stand in a team. However, in the future, the intense situation in the industry is now in the short-term fear. From this point of view, 5G may promote smart home in performance and functional development, but the manufacturer”s own small abacus will always be unrelated to whether the technology is advanced!

However, on the other hand, “beautiful” market prospects also also contribute to some “small groups”. Since the smart home ecosystem has not fully developed mature, the industry is generally optimistic about the future of smart homes. According to IDC”s prediction data, the sales scale of global smart home will reach 840.5 million this year, it will increase to 1460 million in 2023, and the annual growth rate is 14.9%. But most of these “small groups” extends around a core manufacturer to the entire ecology, but this ecology is relatively closed, and the external manufacturers are generally “can”t come.”

However, participants who want to divide this cake are still rising. As far as the current market situation, smart homes have become another battlefield for home appliance giants to compete for consumers. There are many companies involved, but there is no phenomenon of oligopoly. The data of the market research firm Statista pointed out that China”s smart home sales size is 1083 million US dollars in 2018, accounting for about 1% of China”s potential market.

So we believe that in the future, the new bureau will continue to increase, but the home appliance enterprise, Internet enterprises, or like a millet, Huawei is bound to dig this big cake. But as for anyone who can win in the market, it is done who can combine “intelligent” two characters with the actual needs of users. The deep study of the hidden study and data algorithms will become a high point of development of a certain business. And the 5G network can bring about what major changes to the smart home industry, and is currently only in the stage of people.